Learn how to love this social network all over again…

Last year, one of my business goals was to grow my blog audience by getting more Twitter followers (“Growing a Twitter Audience with Gratitude”). My following increased by more than 800% in just over two months simply by thanking new followers and following them back. Although I accomplished my goal, there was a problem. Gaining so many new followers didn’t translate into having more blog subscribers or website visitors..

I stopped enjoying Twitter. Instead of scrolling through my feed on my lunch break, I became completely disinterested with the informative and entertaining platform that I had come to look 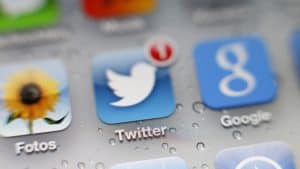 forward to perusing. My feed had become inundated with repetitive, automated tweets. They completely overwhelmed the tweets from those I really wanted to know about. I was checking my notifications daily, but once I had finished sending my thank you tweets I was done.

I missed keeping up with the Twitter accounts I had been following for so long. Since growing my following wasn’t contributing to my objective how I hoped, I decided to take drastic action. I had gone from following less than one hundred accounts to over five hundred. Trimming that down was going to take some time. Over the next four months, I dedicated any truly unoccupied time (waiting while my car was getting fixed, no-show appointments, etc.) to going through all the people and companies I was following and deciding if I really wanted to see their tweets in my feed.

Some of these choices were obvious and I unfollowed without even checking their profile and timeline. Others were harder because I liked the information they provided except that it was incessant and dominated my feed. I found a home for many of these accounts by making lists and adding them to those. This way, I still had access to their content without having to see it all the time. This tedious and time-consuming process was well worth it. I now actually want to see what’s happening again! Of course I’ve lost some followers (I’m guessing there’s automation available to unfollow anyone who unfollows you) but I didn’t have anyone unsubscribe from my blog.

I’m still grateful to those who follow me on Twitter and continue to send thank you tweets as usual. I just have a lot less new followers. I also send a thank you tweet directly to those who add me to lists (at least the first time). If I know which language it is (other than English), I use Google translate to make the message more personal. Rather than following everyone legitimate who follows me, I look through their timeline to see if there’s anything I want to like or retweet. A retweet is much more valuable for spreading your message than having followers that don’t share your content. Occasionally, I follow someone new and respond to notifications (other than follows and lists additions) almost daily. What used to take thirty minutes a day only takes thirty minutes a week, leaving me more time to love Twitter again.

About the Author: Cath Cox

Cath Cox has been a licensed massage therapist since 1999. Her passion is inspiring solopreneur massage providers to create successful practices by sharing her own experience. You can read her gems of wisdom here and follow her on Twitter.